Senior Project “Adopts” Coral Disease and Asks: What Can We Do?

Over the past 6 months, Scott Bacon, Eyes of the Reef (EOR) Coordinator on Kauai recently worked with two high school students to document the health of coral reefs and the extent of the coral disease on Kauai for their senior projects. 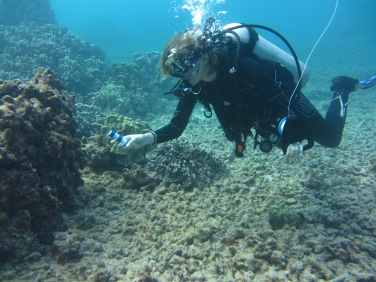 McKenna Lewis from Kauai High School and Makalii Pratt from Island School first attended an EOR training and became familiar with coral reef health and how to identify coral diseases.  The students then conducted an “Adopt-a-Coral” project, where they identified coral colonies at three different sites that showed signs of the black-band disease (BBD) and tracked their progress.  The group took photos of the coral colonies and created maps using GIS computer software to document the condition of the reef at Ahukini, Hoai Bay, and Salt Pond.  They also practiced other methods including analyzing the composition of the substrate, or ocean bottom, using photos to calculate the percent cover of healthy coral, diseased coral, algae, sand, and rock.  They are using the project to support their school work, including a senior thesis.

They were able to identify the disease at one of the 3 study sites, Ahukini, where it was found on approximately 2% of the corals studied.  One of the students wrote in their senior thesis about how we can all do our part to support coral health on Kauai, and around the world.  McKewrote, “Individually, there are small and simple ways we can help to prevent corals becoming weak and threatened by the Kauai coral disease”.

Conserving water, gas efficiency, responsible ocean recreation, and reporting observations to the Eyes of the Reef Network were all cited as simple actions we can take to support coral reefs.  The student concluded, “It is our kuleana to make sure our coral reefs are protected and remain free of disease”.

The response to the Kauai coral disease: DLNR Reef Response

Map of the group’s observations while survey ing Salt Pond 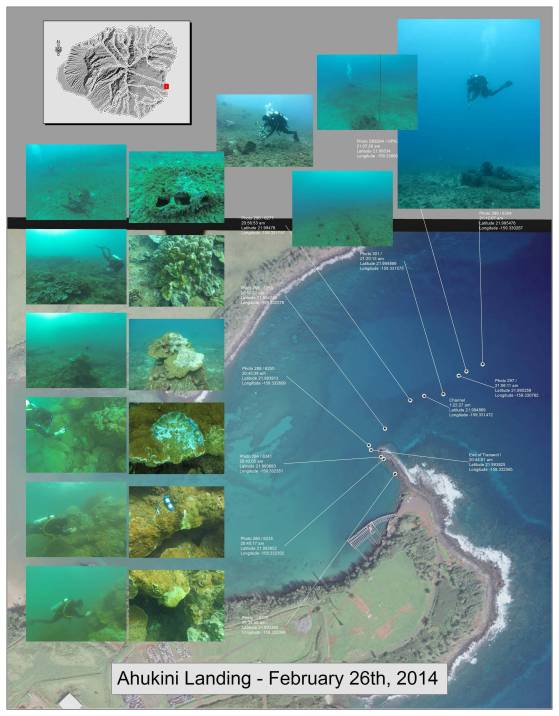 Map of the group’s observations while surveying Ahukini

Map of the group’s observations while surveying Hoai Bay